Disney buying Marvel isn't *exactly* games-related, but some readers may be interested...
No comments:

stop in the name of science

What, that Science Papa ripoff game

actually came out? And no one really noticed?

Guess they didn't miss much.
No comments:

A while ago I posted tons of games I was interested in. I haven't actually *obtained* any of them yet, though. And of the RPGs I have, many have fallen victim to fatigue. So, out of curiosity, let's have a glance at what's cheap ($10 and under, incl used) in DS RPGs at Amazon...

: Got it, haven't finished it. Not entirely sure where it is. Did I loan it to someone? It's cute, I have no objection to playing more of it, I just haven't felt urgency.

: If I were bored and found this physically in front of me for <$5, I'd probably pick it up. I know nothing about the early final fantasies and don't expect I'd find them all that interesting.

: ... I'm really not interested. I can't imagine the plot being sufficiently entertaining. I'd rather just play the old Sonic classics!

: This is that wacky sound-based combat thing, right? I looked at it once when trying to find games to play head-to-head. In the end, I just wasn't sure whether I would find the system fun or frustrating, and thus, with no demo, passed.

: *Someone* was talking to me about this game. I just can't remember what they said. I think I was left with the general impression not to bother, though...

Rhapsody: A Musical Adventure: Which I talked myself out of ordering because the DS doesn't have all the sound available, and the bonus content was stripped from the English release. Still a pickup if I see it in person....

Apparently it's a hackslash dungeoncrawl with poor controls. Not keen.

So, I'm still actively interested in Rhapsody and Dark Spire but only for cheap... I may get that last off ebay. In a way I wish it *weren't* on the DS because I suspect I'm going to wish I could cheat! Devil Survivor is still in my list of things I intend to purchase fullprice... eventually...
3 comments:

not just ripoffs, but also evil

The Evony saga continues!
No comments:

Showing only one side of combat, of course, since you can tell there are more options that I'm not touching in this video!

I wouldn't have believed it until I saw it

... but they've managed to make a trailer for the game 'Heaven' that is EVEN MORE over the top than the previous ones.

And still consists of basically zero information on the game, how it plays, or anything other than 'HOLY SHINY ANGEL BOOBIES AND FLYING HORSES!!!'

Supposedly, it releases next week.

If you attempt to enter the site, you get another burst of music and brief flash video. Then another button to enter the site. Which, of course, leads to another bombastic video. Then a page with some more randomly playing video clips, and a 'main' button. Then you can FINALLY reach a MENU with some tiny bits of information. As for the game itself? Um... It says you can walk around a 3d heaven and look at stuff?
1 comment:

If anyone reading this is playing the Aquaria Sacrifice mod - how the heck do you open that door at the top of the Veil?
No comments:

Unlike the original game, this will apparently have RPG-style dialogue trees.

Find out more on ModDB.
No comments:

I really hate the way some big websites auto-generate pages and claim to be the Internet's Premier Source Of Information for Title X with walkthroughs, cheats, and more... when in fact they don't have so much as a box image from the damned game.

And I know they don't care, and are more interested in exploiting their search engine dominance than in helping me to actually find any information about obscure titles.

Anyhoo. There appears to be an upcoming (or already released, dates vary and I can't tell) little DS title called "Sarah: Keeper of the Unicorn". Which, logically enough, is about taking care of a unicorn. I can't find much information about it other than useless gamespot spam, but the pictures on Amazon remind me a little bit of Wandering Willows, if you'll be going around planting things and trying to get your unicorn's stats up.

Sarah: Keeper of the Unicorn is a fantasy adventure game that combines the nurturing aspects of life development sims with the exploration of a traditional adventure title. Gamers search an open world for valuables that can be used to purchase useful items and food for a growing unicorn, with the hope of eventually raising the magical young filly or colt until it is strong enough to go on a fantastic journey.

Long ago, humans and unicorns lived in peace with one another. But soon evil would rise from the shadows as humans began hunting unicorns for their precious horns. The unicorns would soon disappear from the magical forest, never to return again. Discover keys to ancient temples and brave enchanted lands as you solve mysterious riddles in order to return the unicorns to safety. Join Sarah in a magical journey!

While of course the only thing resembling a gaming news site that even mentions the title does so in order to make fun of it, there's a small chance that's actually somewhat entertaining. Gee. Wouldn't it be nice if a gaming review site actually reviewed games?

(Of course, varying release dates and limited availability also suggest it really may not be out yet.)

While I personally have no more interest in being the captain of a soccer team than I do in being a make-up artist, it's nice to see something in the Imagine lineup falling outside of the pink-and-glitter market.

As usual, I can't find anything resembling a review anywhere.

A gamasutra post on the subject of art made by people whose political actions (not just views) you disagree with.

One thing it doesn't bring up is the issue of big and small.

I don't think it's reasonable for me to boycott a big-budget game or movie because one person involved in the development of it is 'bad' in my view, because there are so many other people involved who may be near-opposites. If person A is on the board of evil corporation B but person C is on the board of good corporation D and they're both working together, boycotting the game is not going to send any clear message. (OTOH, raising a stink about it, making it public, and mailing the big decision-maker about your objection to evil might be a little more meaningful.)

... of course, if the movers and shakers behind the art have declared that all profits from the art will be donated to the cause of evil, then that's different!
1 comment: 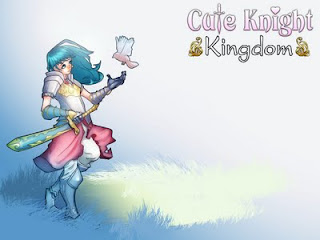 Cute Knight Kingdom webpage (which is practically blank at the moment but will eventually have stuff.)
2 comments:

adapted from a CoC module, and noted so that hopefully I will remember to go and poke at it when I'm more awake
No comments:

i am easily amused, still

I suck at chess, and I'd probably prefer a fantasy chess set to a Mario one even if I played, but it's sort of cute.
No comments:

Household is unloading some stuff on ebay. Current batch mostly of interest to anyone looking for Last Unicorn Press' Star Trek RPG, but there's other stuff in there.
No comments:

Email ThisBlogThis!Share to TwitterShare to FacebookShare to Pinterest
Labels: tabletop

I still wish these things had more plot.

So, my latest discount casual game credit rolls around, and I remind myself that I'm supposed to be spending these things on stuff I wouldn't normally buy - it's research, and not feeling bad about paying such an undercut price. :) What am I getting this time? An 'adventure' game (read: a really upscale hidden object game) called Enlightenus. 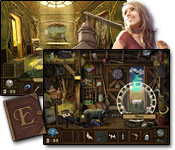 Like Dream Chronicles before it, it's very pretty, more complicated than just finding a list of stuff, and even has multiple locations to wander around in, finding thing in spot A to use in place B, like 'full' adventure games. Unlike Dream Chronicles, it actually runs on my computer and is more than half an hour long. (Although I suspect it may still be on the short side...)

Also, like a 'real' adventure game, it's complicated enough that you can manage to get yourself stuck and need to go looking up advice to figure out what to do next.

The "hidden object" section is similar to inventory-adventures; instead of looking for a known item, you have a bunch of items and you try to figure out what item in the picture you could combine your item with, to change the environment or create something new. You might need to add batteries to a flashlight in order to turn it on, and thus reveal some other object in the setting.

So you get the constant sense of exploration and toy as you play with things and see their reactions.

There are games workshops even in small towns in England. They're much easier to find than RPGs. And for the aficionadoes, there are smaller producers. Unfortunately, these guys have quit producing their metal figures (which is causing SOMEONE in this house to go on a buying spree trying to obtain them before they're all gone) However: 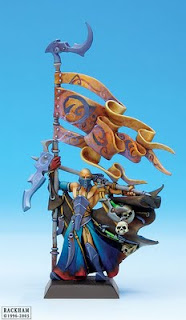 I hope you can see why I consider these things WAY cooler than Warhammer.
1 comment:

Email ThisBlogThis!Share to TwitterShare to FacebookShare to Pinterest
Labels: Wargames

What do you MEAN it's not awesome?

Oh, Wizards of the Coast, still trying to recapture the power of Magic...

As my other half said, "What were they smoking when they decided to sell random assortments of D&D monsters? If I'm running a game I want 10 of X, 5 of y and 1 of z, not two kobolds and an intellect devourer."

Although apparently they've been selling minis for a while, and we've completely failed to notice, so something's not working too well in their strategy.

My other half buys minis. I generally don't. I don't wargame, and when we want them for more roleplaying purposes, I just print out little foldy paper things and use those. It's much easier to come up with something that looks right for the character or situation that way.

But to the best of my knowledge, an awful lot of mini-buying is the fun of modding and painting the figures to make your own cool stuff... *shrug* I dunno.
3 comments: