I've alluded to the problems with trying to set up an award for (niche especially) game narrative in longer, non-IGF-friendly games, but I thought I'd ramble about the topic a little to make the pitfalls more clear, and maybe some good ideas will come to light.

First off, if there were some sort of prestigious story game award, what sort of games would be eligible, and how would they be defined? I wouldn't really be happy about lumping every NaNoReNo entry into the same awards show as the latest Bioware RPG and the latest mainstream shooter, but I wouldn't want to start out with a VN-only show either. Too niche. So for starters:

- Only computer games in English with a primary or co-primary focus on narrative allowed.

-- This means VNs, digital gamebooks, some RPGs but not action ones, some adventure games but not pure puzzlefests, and some nebulous arty games that people argue about how to categorise in the first place

-- This would be trying to exclude AAA games in other genres, even though they obviously include narrative as a strong component. But how you actually judge that? Who would be making the decisions on whether Assassins Creed was 'narrative' enough to count? Do you try to cut them out by making the awards "indie only" instead, hoping that it's slightly easier to adjudicate? Or do you issue strict genre guidelines to include ONLY visual novels, RPGs, and adventures, and then fight over what games do and don't count as those?

-- Should freeware games be excluded, in order to keep the field size manageable, or just restricted to certain award categories?

-- What about games that aren't originally in English? What about freeware games that have been fan-translated, sometimes with or without permission?

-- Should games only be eligible if the original author actively submits them for consideration? That might limit the field, but it might limit it too much. An award's not very meaningful if it's only chosen between the games of the five people who were interested.

That's just some basic questions about the games themselves that would be up for awards. A much bigger problem is - who would judge it?

It is not practical to have a small panel of paid judges who are obligated to complete every game and compare them. Think how many hours some of these games take to complete! Think about paying a reasonable salary for 3-5 judges, at the very least, to play them exhaustively. Think how LONG it would take them, too. And, of course, a small group of judges, even esteemed judges, is obviously going to bring in their own set of biases that would make the award less representative of general opinion.

To get a wider range of opinion, you need a wider range of judges. But if it's pretty difficult to pay 3 people to play 20+ games, it's impossible to pay 200 or 2000 to do it. And, especially if all games released are eligible for awards, you just can't even begin to hope that everything will be played and evaluated. And of course, not only can you not afford to pay 200 judges, you might not even be able to get 200 free copies of every game to give out, especially not for a new contest.

So what does that leave you with? Calling out to the gamer populace to vote on the games they've personally played, and just sort of vaguely hoping you can get enough people to speak up and play fairly that you'll get a good spread of results? Well... it is sort of how the Hugos are supposed to work, after all.

If the judges are 'the gamers' rather than specially recruited judges or hand-vetted volunteers, then you need an organisation to make SOME attempt at verifying the identity of the judges and stopping people from signing up multiple times, as well as a barrier to entry to try and restrict this to people who are actually interested in the subject and not boredly clicking a webpage. This of course requires that you have created this central Gamers Association and someone is maintaining the membership and keeping track of the money (which will probably be used to pay out the awards), but one might find it a little hard to get thousands of people to sign up and pay money to get the chance to vote on their favorite video games. Or maybe it's easy, I don't know!

Now, once you've started making things into a popular vote based on nominations from this wide base, you run into the issue of campaigning. Should game developers and/or interest groups be barred from trying to push the voters to vote one way or another? And if so, how? Or is that totally fine, because that level of dedication should be rewarded? Are there other rules that can balance the possibility of one group trying to steamroll?

Of course, if this sort of awards thing were being organised there'd also be a lot of work that would have to be put into determining the categories, in order to reward different kinds of narrative instead of JUST having the 'best game' which will probably be swept by the popular thing. Categories might include things like
- Worldbuilding: setting, lore, consistency
- Player Agency: how much can the player shape the direction of the narrative?
- Multiple Endings: who does the most with the interactive ability to tell more than one story?
- Humor: obvious, but deserves its own category as its a writing thing often overlooked in awards
- Emotional Rollercoaster: not so much 'best drama' as 'most lasting impact'. what game's story most kicked you in the gut, or made you fall hopelessly in love with a sprite?
- Best Character: this is probably a more meaningful option than Best Dialog
- Best In Genre: to separate RPGs from VNs and so on (although there'd be an overall best as well)

And there'd probably need to be some rules restrictions limiting the number of categories a title could be up for final consideration in.


Again, this is all just the result of me thinking about it for a few minutes, and you can already see what a messy undertaking it could be, trying to manage it.

And even if I founded something like this and recruited 2000 people to judge it, people would probably complain I had an unfair advantage by virtue of being the founder, so I'd never be able to get awards, and what good is that? :)
1 comment:

Choose Your Own Space Marine 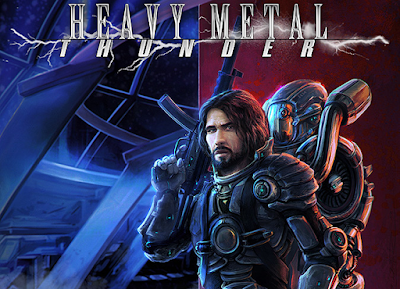 There's an LP going on the something awful forums of a recentish gamebook, for those who like their adventures to have grizzled space marines, ridiculous humor, and a lot of blood. SHOOT ALL THE THINGS. TRY NOT TO DIE. That may not sound like the best endorsement but it is actually an entertaining read!

To buy the thing and play it yourself -

There's a new version of The Royal Trap out with bigger graphics and better background art! 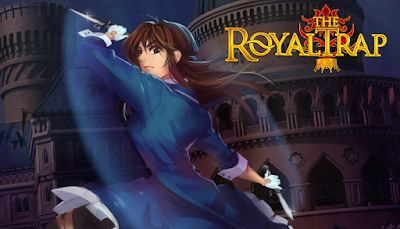 Sneak, spy, and stab your way through a maze of court intrigue to find the truth, protect your reputation, and find romance!