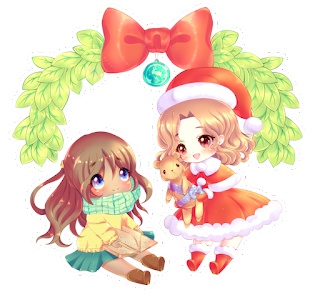 From now until Dec 31, 2015 you can save up to 50% on directly-purchased Hanako Games titles! No discount code needed, just add the games to your cart to receive the savings.
This discount covers the following games:
35% off Black Closet
50% off Cute Knight Kingdom
50% off Date Warp
50% off Long Live The Queen
50% off Magical Diary
50% off The Royal Trap: The Confines of the Crown
50% off Science Girls
50% off Sword Daughter

Any game which is also available on Steam is eligible for a free Steam key if purchased directly.
The Steam winter sale is now on - the discounts are better for most games on direct purchases, but because of regional pricing differences, for some people the Steam prices may be better. Check both places to get the best deals!

As for upcoming development, we recently announced that we are publishing A Little Lily Princess, which is a yuri game based on a beloved work of British children's literature. 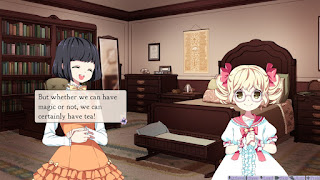 It features six character routes, some of which are purely friendly and some of which are more clearly young romance, and a stat-building mechanic where you expend the stats you've built regularly instead of grinding for a far-distant goal.

This game is still in development and expected to release sometime in the first half of 2016.