While it certainly isn't selling badly, The Royal Trap is not selling as fast as Long Live The Queen did on its launch. I wouldn't jump to conclusions about that, since there are all kinds of possible reasons behind that... although I can already predict what some of the pet theories will be.

1. Serendipity - I had the Steam launch for Magical Diary at the same time (on purpose) which probably brought more visitors to the site to try out the new game.
2. Marketing - I pushed LLTQ at more review sites than I did The Royal Trap, and ran more ads. I haven't quite figured out a good short fast pitch for TRT.
3. Wider Appeal - LLTQ has more market crossover because of the crunchy numbers and dark/political elements combined with the cuteness. TRT isn't just a pure visual novel, it's a WALL OF TEXT, and despite my efforts to point out the intrigue and plot rollercoaster aspects, it's probably mostly drawing the otome crowd.


I enjoy writing plot rollercoasters but it does give me trouble figuring out my advertising sometimes when I don't want to give away all the ridiculous stuff that's going to happen, but it's the ridiculous surprises that make a game interesting, if you see the problem...
1 comment:

Incredibly simple but hey, sometimes that's all you're after. 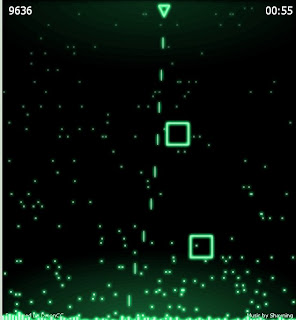 Assuming this is accurate:

And I hate hate HATE the backstory. There’s a backstory now. The games never needed plot before, but apparently Fifth Cell decided what this game REALLY needed was a damsel in distress story to drive the so-called action. Maxwell now has a twin sister who will slowly turn into a rock if he doesn’t collect enough starites. Her only jobs are to narrate the opening (vicious waste of your Jennifer Hale, here) and stand in one place looking sad.

I’m told if you find 60 starites, you unlock Lily as an avatar. In the meantime, I can unlock and play ANY ONE of Maxwell and Lily’s forty brothers!

... I now regret having bought as many of their games as I have. What the hell.

the floor is not always your friend

... but I like leading Bob to a horrible doom! 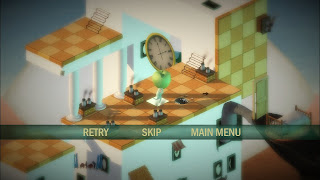 I think it's a student IGF game? Dunno. There's a browser playable version at least, and it's all very Surreal Art entertainment. The 'sleep' bit before each level is too long though IMO.

Go back to bed.
No comments: