Enterbrain (the people behind RPGMaker) have apparently released a new tool which allows people to make simple action and puzzle games from template, and - here's the interesting bit - publish to PC/Xbox/Flash.
2 comments:

but i'm not telling

So, I'm starting to fool around with OP animation, even though the script for Date Warp isn't final yet (I just finished Nathaniel's path and am clearing my head before diving in with Rafael). Of course, I know nothing about video stuff, and the only tools I have are fraps and Virtual Dub.

Which means I'm programming the whole animation sequence in GM and planning to record it from there.

This may go horribly wrong when it comes to trying to sync the music and the animation, since fraps slows things down slightly, so what ran right in dev may not behave in recording. But if I can manage to do the whole thing in one take without my computer exploding I should be able to adjust the speed, right?

So far the coding bit is running smoothly enough, and images are happily sliding, spinning, and transitioning. Can't show you anything, though, because neither the art nor the music is complete, I'm running off sketches and rough cuts.
No comments:

i don't wanna be the guy

This is not an actual game, it's sort of a parody of ridiculous ways to die in NES games...

I finally have a copy of Devil Survivor.
No comments:

Apparently Tula the sunflower from the original Peggle is female.
No comments:

will you won't you

I have a lot of games around at the moment.

I own Jade Empire and only played about five minutes of it because I didn't like the combat system and the plot was so BIOWARE GENERICITY that I was fed up.

I do not own Mass Effect and have no interest in it.

So... should I get Dragon Age?

Far too backlogged to care about yet another DS RPG right now, but this one does come with free anime.
No comments:

with both hands tied behind my back

I've taken to trying to play through the PvZ minigames with unusual choices (like doing levels that clearly call for walnuts, without them) 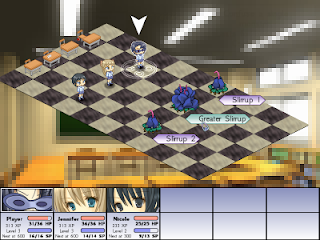 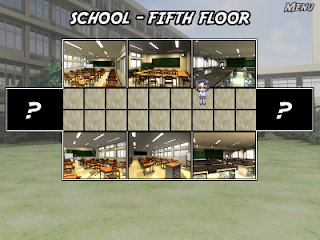 If you will, have a gander at the demos and let me know if you encounter any problems.
2 comments:

The game of many Vs and gravity manipulations is out.
No comments:

There's a thread on the TIGsource forums where people are sharing their IGF feedback - and, often, raging at the judges for Not Getting It or for contradicting each other.

Understandably, it is really annoying when you're faced with someone who has the power of judging your game's "value" - and they hate the entire genre you're working in, so you have only a slim chance of scoring anything other than "crap". It's also really annoying when a reviewer misses the incredibly obvious.

But judges disagreeing? That's why there are multiple judges in the first place! What seems innovative to one person may seem old hat to another based on either how they understand the mechanic OR what games they've personally played in the past. A judge who truly loathes jumping puzzles cannot be expected to give the same feedback as a judge who loves them, even if they try to look past their own limitations enough to guess whether it might be a good puzzle for those that like that sort of thing.

The real point of this is, of course, to bring me back around to my ongoing complaints about review scores and people expecting them to be some kind of objective ranking of value rather than opinion. OPINIONS VARY. If you don't know who's providing the opinion and what their biases are, their data is not necessarily meaningful to you in making your own choices!

(Your own choices about buying games, I mean)

A review only tells you one person's opinion.
No comments:

i never did make a 'game food' tag

but these are some cool cupcakes

(I recognise most of them, which may mean they're too close to my age and culture for some other readers to get!)
No comments:

Browsing randomly through games to see what's in the bargains, I stumble across something covered in sparkly pink hearts and stars and labeled 'Princess Melody'.

As you know, gentle readers, I do not immediately assume that all which is cutesy must be inutterable crap, and therefore went to see what it was.

It is apparently aimed at 4-year-old girls, which is pretty young for video games, so okay, you don't expect anything complicated. But according to the reviews from annoyed parents, it's also all of twenty-minutes long. That's it. For a (suggested retail) full-price game.

(The video is pretty cringe-inducing too, and includes that voice some people use when speaking to small children through a pasted-on smile with gritted teeth.)

Thankfully, I cannot find this product on Amazon US. Maybe someone flatly refused to publish it there.
No comments:

Out of 26 zombies, none are female. Not all are explicitly listed as 'he', but many are, and the others give the distinct impression of being male.

Peggle Nights somewhat sheepishly added a female character, since the original apparently had none. Rather than simply make one of them a girl (It's not like we could have told any different, probably) they made one with Lips! and Eyes! to set her apart from the others. Peggle also suffers from the problem of pre-filled high score lists, filled almost entirely with male names. (Although at least they don't *intentionally* put girls at the bottom of the pile. A female name shows up in rotation now and then.)

Out of games originally developed by PopCap, do any of them focus around a female character?

I am not in the slightest suggesting that PopCap hates women or anything like that. Just that it seems like, without some strong external force prodding at them, they tend to forget they exist... 'Default', here, will always be 'male'.
3 comments:

the future is now

Augment reality - with your FEET!
No comments:

It's here, but I haven't got it! Or something.