Saw this being played at a convention although I haven't yet played it myself, looked like fun if you can find the time. Slightly less overwhelming than Arkham Horror at least!
1 comment:

Email ThisBlogThis!Share to TwitterShare to FacebookShare to Pinterest
Labels: Board Games

more reasons not to buy mainstream

I guess I haven't been paying enough attention, but apparently EA are also trying the Ubisoft-like thing of requiring constant connection. Unsurprisingly, it keeps screwing up, and is driving even their own staff crazy.


Guys. One of the reasons I buy so few new PC games is that I'm terrified of bizarre DRM crap in them. Even things that SAY they don't have any, I'm starting to be unsure if I trust.

CUT IT OUT. I should not have to rely on pirates to have any chance of playing a bigname game. (Naturally, I simply don't play them which is why you haven't seen any comments from me about anything recent....)
No comments:

Remember, kids, buying consoles with online connectivity and updating means that features you paid for can be removed whenever the company feels like it.
No comments:

Sakura Wars: So Long, My Love

Blog post with a bunch of videos from the new Sakura Wars, introducing the characters in English and gameplay and so on.

Speaking of games I can't actually play, when I was poking on Amazon to get the links for the above I also spotted this. Which, at least in the marketing blurb, sounds awfully cool. But then, so do the Fatal Frame games, and I still can't play them, because of a) console and b) 3D.

I know nothing about this, but those eyes! 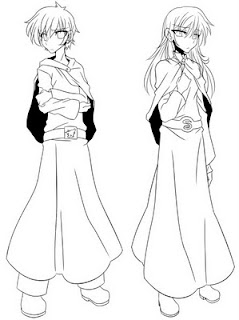 The attached image is another little hint of what else I'm up to... (I probably shouldn't dangle too much so early on, but it's exciting to have art that's actually coming along at speed!)
1 comment:

I suspect it is a little too crunchy for me (sorry, Gratuitous Space Battles, but customising spaceships and fighting lots of tough battles isn't really my thing, ESPECIALLY on a handheld) but I attempt to talk friends who are geekier in the right way into trying it.

There's an interesting new title out called Sinners - Truth Be Told - while it's actually an RPGM game, it *looks* more like an Adventure Game Studio game. Hand-drawn backgrounds, big-sized sprites instead of anime chibis, battle animations... Only the menus look like the RPGM standard. It's nice to see what you can do with the system if you try.

(Of course, the same people who pick on me about graphical mismatch will probably complain that the pixelated characters and objects don't really match the backgrounds. Hand-drawn animations would be NICE but probably a little out of budget?)

Anyway, if you like the classic RPGs but are tired of the recent crop of all-very-similar RPGM games out there, have a look.
No comments:

Some games are beyond normal levels of strange.
No comments:

Apparently they're looking for an English publisher.
No comments:

While I cannot 100% verify this story, I have heard it making the rounds (and seen some pictures) that certain members of 4chan are scamming free ps3s out of certain retail stores via hacked-up "manufacturer's coupons".

This isn't an "it's not theft, you still have it!" situation, kids.

Quick searches don't turn me up much information on this particular situation, but plenty of other stories of gamers gloating about how they managed to get systems, games, or points at way under cost with obviously fake coupons. And others insisting that they've done nothing wrong, and that it's clearly the store who's breaking the law by accepting their fraudulent coupons, not them. Sigh.
No comments:

After having gotten just far enough in prototyping the silly project to scare people, I'm probably throwing it back onto the back shelf. Reason? That project *has* to have a great artist 100% behind it or it won't work. I don't currently have the right artist for it, and I don't want to wreck it with the wrong one.

... Which means I'm back into development ideas for the OTHER game I have in mind, which I'm not saying too much about yet, but you can guess a few things from the tags on the post and the working title 'Magical Diary'... :) And this idea DOES have an artist lined up for it, and should be absolutely adorable. I'm quite excited.

(As for Date Warp... art production goes slowly. It will come out eventually, but not any time soon.)
No comments:

Apparently there are woes afoot in the world of Sierra fangames.

Dammit, and one reason I requested (and received) a copy of the damned King's Quest collection EVEN THOUGH I ALREADY OWNED ALL THE GAMES was because they were being reasonable about this stuff.

Why are there so many complete bastards in my business?

In semi-related news, a DRM bug is rendering a large number of PS3s even more useless than usual.

the life of an indie games developer