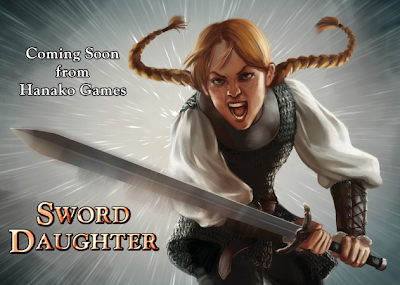 All your life, you dream of adventure: knights, dragons, magic rings, chests of gold, and all the danger and glory that awaits a professional swordswoman. But every dream has a cost. You are on your way across the desert wastes to compete in the Warrior Games when your caravan is attacked. Orcs and bandits murder your father, capture your companions, and leave you for dead.

Now alone in the world, will you choose to seek glory, vengeance, treasure... or love?


This is a short (but gorgeous!) Western-style fantasy in the old choose-your-own-adventure tradition, where choices can drastically branch the story. Maybe you'll become a queen, or fall headlong into a pile of gold, or be eaten by a dragon, or get carried off to live as a bride in a Hidden Elf Valley, who knows? There are 22 different endings to find.

If you are a registered member of the Hanako Games Forums, Sword Daughter is now available for beta-testing. Buy it now to receive a discount on the final price and get a sneak peek at what we've been up to.

This release is something of an experiment to see how well gamebooks can translate into visual novel format - so we'd love to hear from you!
No comments:

edit: This post now semi-irrelevant because they apparently are using the PS2 graphics, so yes, all the art has been redrawn. That's a lot of redrawn, but it's already done.

On the bright side, it hasn't yet created any legal problems, that I know of...

WARNING: somewhat NSFW - no actual nudity but suggestive graphics ahead!

tl;dr - I like the game but don't think an "all ages" release is a good plan

So, I've been spending a lot of time the past few days playing with Littlewitch Romanesque. On balance I'd say I enjoy it, there's a lot to like, and I'm mostly good with the art style. Some people pick on the faces, I'm occasionally bothered by those long torsos, but overall it's fine. Gameplay-wise, there are some things I think they've done well and I want to learn and steal from, and some things I think they've done poorly and should be avoided. But a mixed response is good, it means I would never be tempted to clone it exactly.

Unfortunately, after playing through the game and getting a couple of endings, I have to say that I am no longer in favor of the Greenlight campaign. Even if you remove all the explicit graphics (and you can't remove all the h-scenes without breaking the plot, so I guess a lot of black screens would be involved?). Originally I thought it was just going to be a raising sim with romantic endings and that one character whose design is going to raise some eyebrows. 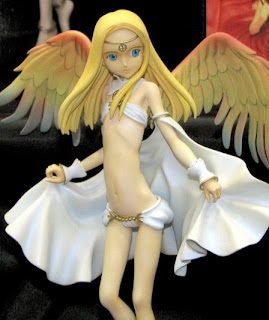 After all, I've seen some moral crusaders denouncing Princess Maker as "filthy pedobait" because of a few optional bits added on. I figured this was the same thing.

Over and over and over again, the learning of spells turns into an excuse for another wacky scene in which you see your (clearly underage) students either naked or in their underwear. "Oh, look, I learned a water spell and now I'm wet so I must raise my skirts to wring them out! Oh, look, I learned a fire spell and set my dress on fire so I have to take it off! Oh, look, I learned a spell to walk through walls and now I'm stuck halfway-through with my panty-clad butt in the air and everyone is poking it!" Many of these have unique CGs. Every spell learned has a little scene that plays after it. They're not all naughty, but a LOT of them are.

EVEN IF you cut out all the h-scenes and all the plotlines relating to sex and all the spell-learning scenes (and frankly we are running out of game at this point), the very spell cards themselves are often extremely suggestive. Several have nudity, usually undetailed but occasionally very clear, even to nipples. Some have panty shots. Some have art that... 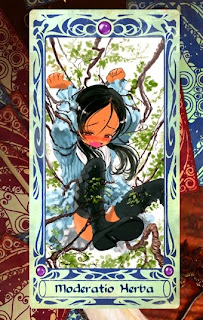 Basically, this is exactly the sort of thing the anti-anime crowds accuse anime games of being. It is absolutely, totally, wholeheartedly a game about doing naughty things with little girls. It is not possible to censor this game enough to remove that and have any game left whatsoever.

Now, I don't object to the game. I bought it as an 18+ game. I knew exactly what I was getting into.

I object to the idea of selling ANY version of this game as an "all ages" title. It isn't, it never was, and trying to sell it as if it's just Princess Maker or Long Live The Queen is doing a disservice to the customers, the game, and the industry as a whole.

Customers will be misled and upset that they did not get the cute, harmless raising sim that they were advertised.
The game will be butchered - I have no idea how much content they think they're going to chop out of this, but even just removing the h-scenes will leave a lot of holes.
Everyone who makes and sells anime-styled games may face setbacks and backlash.

There will be a shitstorm.

Please, JAST, if you're reading this, DO NOT market this as "All Ages". If you must sell this title on Steam, label it as what it is - a game primarily about fanservice. EVEN IF you've removed all the sex graphics. AGE GATE THIS.
1 comment: 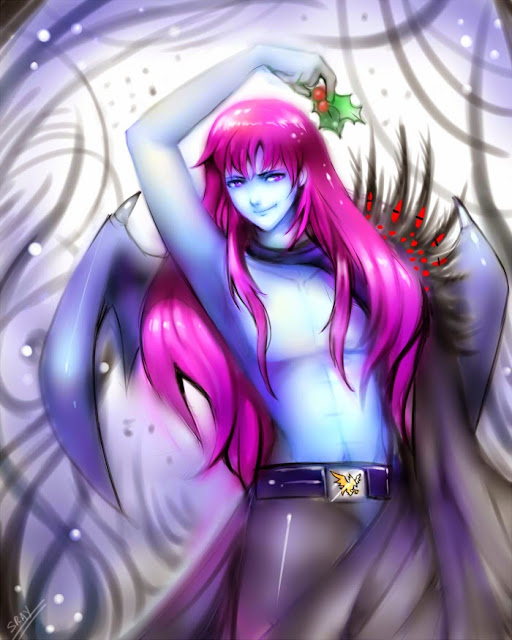 Love and kisses,
(give in to me resistance is futile)
Damien

(See, Google, you did very nearly kill my blog with your unwanted changes. It's such a pain to use, I almost never do.)

So, uh, haven't posted in a while. A few things going on. 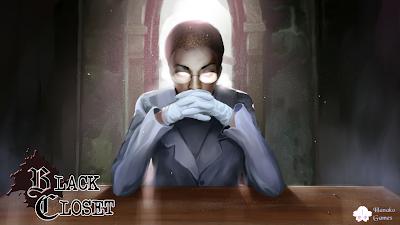 The "lesbian student council secret police" game Black Closet is now in alpha-testing. Because of all the randomly-generated mysteries, it's a pretty complex game to test. The art is still in progress, but even when the art finishes, this will probably be held in testing for a while to try and stomp out as many bugs as possible. If you want to join in (and get the game for a discount) visit the Hanako Games forums. 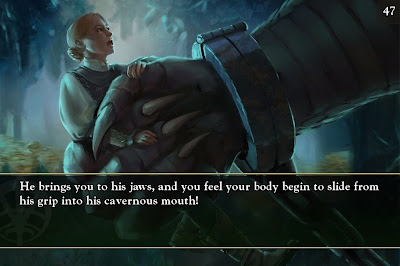 The other game I'm working on, codename Fantasy Gamebook Adventure. It is a GxB game, and the first game I'm labeling as a 'Hanabira' product, which means that I personally did not write the plot.... because this is a licensed adaptation of an actual gamebook from the 1980s. We're keeping the title under wraps for the moment, but if you really, really want to find out, there is a clue hidden somewhere on this website.

What is that website, you ask? Why, it's the launchpad for a time-traveling superheroine, of course! (Not written by me, written by a friend of mine.) There are no current plans to make a Paradox Girl dating sim (in which you would, naturally, date yourself) but, um, you never know. Really, there are no plans for anything like that, it's just that I think it would be funny.

You can probably guess I've been too busy to make much progress on the procrastination front. However, I did get a chance to play through fault: milestone one now that the English version is finally out.

And speaking of Steam, the winter sale is on, so you can currently claim discounts on any of our titles:


Of course, that's not the ONLY way to get a discount this season... there will be more details announced soon on our newsletter/twitter, so stay tuned.

... phew! The benefit of not blogging here often anymore is that I have more to say when I finally do?
No comments: